Grace is not something we hide behind or use as an excuse to justify our behavior. Grace is a powerful expression of God, given to us as a tool to fight back against mediocrity and live life to the fullest expression possible. Dr. Craig Smee’s second book challenges and provokes anyone seeking to be healed, restored, or transformed to begin living out a responsible response to grace. Find included a grace declaration that keeps you focused on the power of grace and holds us to our response to God’s promises. Throughout this book, you will find additional tools and summaries that will help you break free from mediocrity and avoid the mayhem of the world.

Amazingly Dangerous is now available in softcover, hardcover, and as an ebook.

HERE IS A SNEAK PEAK OF THE INTRO TO THE BOOK

When our family moved to the United States, we thought that settling into the culture of our new English-speaking homeland would be so much easier than moving to a place where we would know little to nothing about the culture and would have to learn a whole new language. We were slightly off-base.

Oh, the new families we met were loving and welcomed us in. We felt no resentment. We were worried about being immigrants but were met with incredible hospitality.  Besides the onerous and expensive task of walking through the red tape of immigration, we did not feel much resistance. Learning and understanding the culture of our new environment seemed to proceed easily. And then we moved to Texas…

In Texas, words are formed by removing letters and mashing them together to create a unique vocabulary. Expressions that are part of everyday language to locals needed detailed explanations to us “unlearned” Africans.

We learned that we “might could” do something and should try not to do a “piece of stupid.” We discovered that “even a blind hog could find a pecan now and again” and that “all y’all” was a much quicker way of saying “everyone.”

When putting things in our shopping trolley, we were, in fact “fixin” to put things in our “buggy.” South African Christmas beetles were known as June bugs, and when Texans say they “don’t care”, they are not stating a lack of compassion but are simply indifferent about your proposal.

An indicator on a motor vehicle is called a blinker (no one uses those), and a hooter is called a horn which gets honked. “Lawdamercy” is a replacement for the way too lengthy “Lord have mercy”, and despite speaking to you in the company of your spouse, servers have the unusual right to call everyone “darlin.” Now I “ain’t” writing this book because I am too “big for my britches.”  I am just setting the scene for one expression that radically changed my perception of the definition of God’s grace.

I have genuinely embraced “Bless your heart” as an expression that does need a place, if it does not already have one, in the Dead Sea Scrolls. It may seem to the untrained that this expression is just another colloquial saying that everyone seems to use, but it carries a theological weight.  Now in the South, if you end an insult with “bless your heart,” you can say whatever you like about somebody – not to their face, mind you. But one of the definitions explained to me has become the basis of my thinking about a very complex characteristic of God.

Grace has been defined as unmerited favor from God, and that is a good definition. But, when you begin to understand “bless your heart” in its colloquial context, it begins to add streetwise theology to the age-old mystery of God’s grace. In my mind, the best definition of grace is that God says: “Bless your heart” or “I love you even though you’re doing a piece of stupid.”

Grace is a powerful tool for us to use as we navigate through life’s twists and turns. As we mature, we begin to see ourselves in a much more finite and level-headed way. And the more clarity I have had about myself and my flaws (pieces of stupid), the more I have realized the power of grace. The greater the knowledge of my flaws, the greater the grace I needed. Grace keeps me from slipping into a state of uselessness and self-loathing.

Knowing how bad we can be can so overwhelm us that we never attempt to simply be in God’s favor. We think we could never deserve His love. If we allow our flaws to become our governance, they begin to drive us to seek to be better, do more, and improve ourselves. On the surface that sounds good, but we so easily allow our drivers to be founded in our blame and shame and not in the love of the Father. We get so trapped by our pieces of stupid and our failed attempts at self-correction that we lose sight of the love that God has for us despite ourselves.

God’s grace has become such a blanketing concept that it has been used both to excuse and accuse. So many “pieces of stupid” are tolerated and excused in the name of “God loves me” or “God will forgive me”. And so many accusations are made against the Christian Church as people use grace as a weapon to debunk any biblical morality or God-focused living. “How can you judge me when Christians are doing this or that?” “Shouldn’t you be more accepting of my lifestyle; I mean after all doesn’t God love all of us?” – This is when grace becomes amazingly dangerous to us.

Yes, statements like “God will forgive me” and “God loves me” are very true, but they should never be used as excuses for life-sapping choices, mediocrity, and drifting from a God-centered society.

Grace is not some word that can be abbreviated, used to fit our culture, or amended to make God fit into the shape we have for Him. It’s not a colloquial expression we use to make each other or ourselves feel better. It’s not a throw-away excuse so we can position God in relation to our poor behavior. It is in fact a divinely powerful characteristic of a very powerful force in the universe that we would do well to understand and put in the correct position in our lives. It is the very characteristic of God that positions our behavior in relation to Him. This is when grace becomes dangerous to a harsh, judgmental world and its master.

Grace is amazingly powerful. Incorrectly applied and it can ruin us. Used responsibly and it can liberate us. We must deepen our understanding of a word that seems to have become as glib as a colloquial expression.

Welcome to amazingly dangerous grace. Let’s have a responsible response to God’s grace. 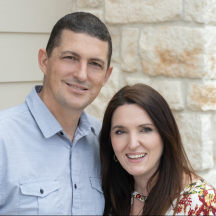 In the last 20 years Craig has been used to plant and pastor multiple churches, led at an executive level across Africa and Europe in the telecommunications and banking industries, became a sought after expert in social and digital marketing and communications and became a known international speaker and preacher. Craig serves as a pastor in the United States, heads an international non-profit organization that builds and assists local churches in South Africa and consults with churches globally on strategy and the use of digital communication and social media to connect church and spread the gospel.

Previous
Join the Dots
Next
Alerting the Flesh to Spirit Living

This site uses Akismet to reduce spam. Learn how your comment data is processed.

Jan 23 Confidence in Jesus
Aug 24 Alerting the Flesh to…

Add nimble.church to your apps